Our family history is a major part of who we are. Being able to record or write down that history is a special thing. 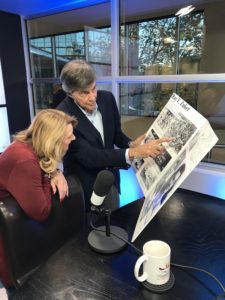 An important and impactful part of that process is capturing the memories of our senior family members. Seeing the past through their eyes as recalled in the stories they tell, makes life from another time come to life. It also helps cement a bond between generations that can’t be done in other ways.

Our guest today calls his experience working with his father to write his dad’s memoir one of the most inspiring times of his life.